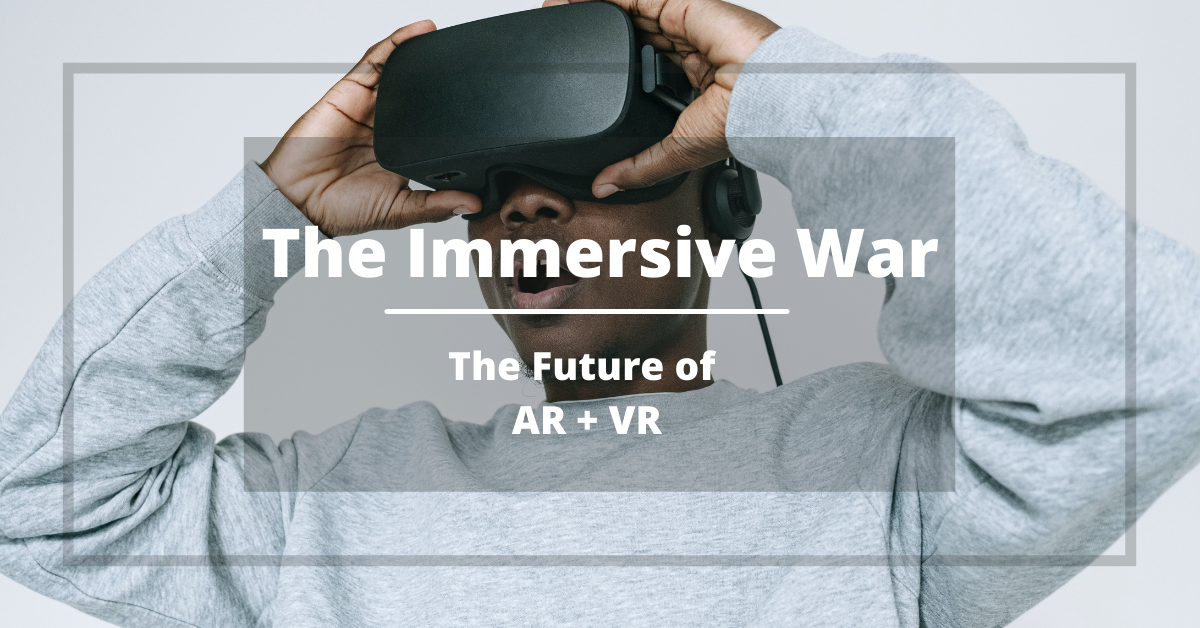 Over and over again we’re told that technology is advancing at exponential rates, in any and every sector you can think of. Particularly since the start of the Coronavirus pandemic, we’ve seen demand sky-rocket for new and engaging content to keep us all from absolutely losing our minds. It’s been a challenge to find entertainment in the monotonous day-to-day. Companies are aware of this, and trying to bridge the gap between our lack of entertainment, and the live entertainment we’re missing.

This is where immersive technology has soared in the last 12 months. We’ve had to think of new ways to bring events and outdoor entertainment to the living rooms of the world. Think about it; we’re missing out of concerts, festival, musical, theatre. And these industries are suffering financially. So what better way to resurrect them than to bring them right to your doorsteps.

What is the immersive war?

Perhaps this is a little dramatic of a title – trust us, there are no battles being fought – but there is a very competitive market within the video and television industries for AR + VR technology. Companies are throwing huge chunks of funding into creating immersive viewing experiences in order to be the best of the best, and become innovator of this field.

Immersive viewing experiences are, quite simply, experiences that make viewers feel like they are completely part of the world and the storyline that they’re watching. It means seeing and hearing things that characters would see, being able to take control of the storyline or even change it based on the viewer’s actions or choices.

Large companies such as Sky are building new ways to be allow their viewers to become immersed in the entertainment they consume using AR and VR technology. It’s not brand new technology, but they are experimenting with new ways to use it. In October 2020, Sky launched their ‘Sky Worlds’ platform, supported by the VR company Oculus. This started with sports, with football games in the premier league being streamed live. Viewers could feel as if they were really sat in the stand of the football grounds and cheering their favourite teams on – an incredible new way to experience sports from your living room!

What’s the difference between AR and VR?

A lot of people tend to get AR and VR confused, although they both have a hand in creating immersive experiences. They tend to bleed into each other, however they are two completely different concepts. 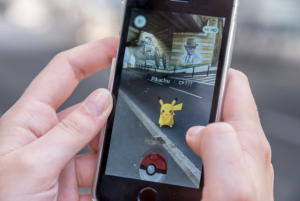 Pokemon GO! projects images of Pokemon onto your surroundings

AR stands for augmented reality. This concept is explained as using the real world and adding digital images on top of it. One of the most popular examples of this is Pokemon GO, the gaming app for smart phones. In the game, you camera tracks your surroundings and add the 3D image of a Pokemon to it, to make it look like there is something on the path in front of you. This kind of AR is the most basic form, and can look glitchy from time to time. But this is advancing and now, it can be used for more than just video games and funny Snapchat lenses.

One of the newest the ways to use AR technology is with Smart Glasses. These are simply a pair of glasses that allow you to still see your environment, but can project images and data as an overlay to your own environment. This is where AR and VR are very different. 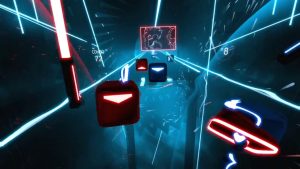 VR stands for virtual reality, and is instead far more immersive that AR, although elements of AR can be used with VR to create a full virtual experience. While AR projects digital images onto your surroundings, VR replaces your surroundings completely and throws you into another world. It places you inside a digital environment that you can, given the right tech, interact with and move around within. This tech has been used heavily in video gaming, with launches like the Oculus Rift and the Sony PlayStation VR system.

The Future of Immersive Entertainment

So where is this technology taking us? Well, that need for content during quarantines and lockdowns in the last twelve months has driven companies like Sky to launch new platforms and think deeply about the future of their immersive world. With the launch of ‘Sky Worlds’ and the premier league experience, it opens up opportunities to do the same for other live events that we’re currently having to miss out on, such as…

And with the ability to sell these tickets to those who can’t attend events, it could see massive changes even after the pandemic. Hate crowds? Get a virtual ticket. Hate queues? Virtual ticket. Don’t want to leave your bed? Virtual ticket! And the graphics of these technologies are only going to improve, just the same as video game graphics and TV resolutions have over time. The question remains, just how far can we go with this?

AR and VR technologies are being used in some incredibly innovative ways aside from entertainment, primarily in teaching. In high-risk environments like medical surgery or nuclear power, AR + VR are used to give students the practise they need without having to put themselves or anybody else at risk. It’s used to train army, marine and air force cadets to fly planes, work on submarines… It’s taken off in multiple sectors outside of the entertainment industry, and immersive technology is only set to get more realistic, and more immersive. Who knows? Perhaps one day we’ll be able to live inside of simulations – or perhaps, we already are…?

(Kidding, but can you imagine?!)

Is the FBI right to worry about IoT devices?

How IoT will change the world: Manufacturing

The manufacturing industry has changed drastically in recent years. Industry 4.0 has opened up many…

Is the future of IoT on the edge?