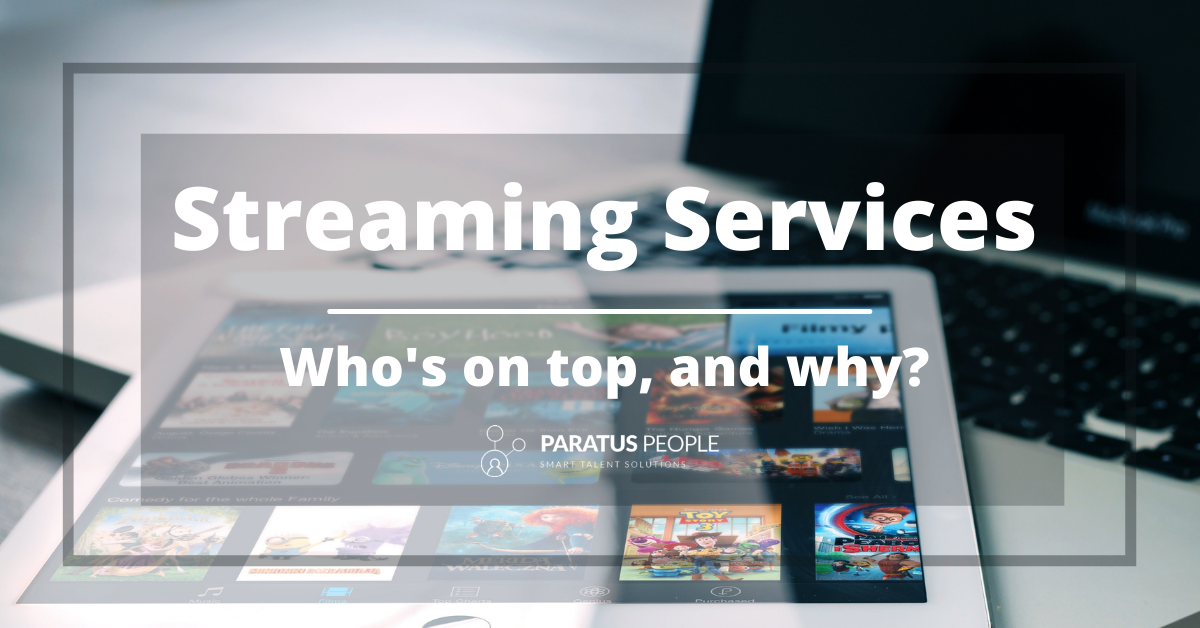 Streaming services have taken the world by storm, and it’s hard to pinpoint when exactly they took off, and which of them really started that drive… We are absolutely spoilt for choice, these days. It’s easy to get overwhelmed and end up scrolling for hours through them all only to end up watching the same comfort series over and over again. (For me, that series is Brooklyn 99. Thank you, Netflix).

Since the launch of giants like Netflix, Amazon Prime TV and Now TV, production companies themselves have taken on the task of creating their own individual platform, having seen the revenue such a service can generate. We’re now spoilt by Disney+, Discovery+, Paramount+ (I’m sensing a theme here…)

So, who are the biggest services? The most popular? What separates them from their competitors? Let’s take a look… 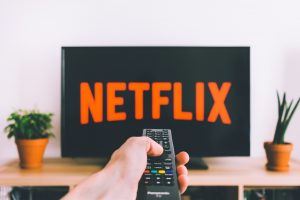 I’m sure everybody saw this coming. Netflix is the giant of streaming services, launched in 2007 and quickly growing traction overtime. Netflix US has suffered a surge in available streaming content that other parts of the world haven’t, but it still remains over 50 million subscribers higher than the next option in our list.

Of course, Netflix is one of the oldest services available, generating incredibly loyal viewership and new interest in its originals (which let’s face it, have only got better and more refined over time), but even Amazon Prime (2006), Hulu (2007) and Crunchyroll (2006) don’t come anywhere near their numbers.  Perhaps it’s their ease of use? Perhaps it’s the constant streams of new content weekly? Perhaps it’s the cult classics and fan favourites available? The diverse range of cultures and languages?

Cons:
– No longer a free trial available
– Prices have risen, including for the HD 4K option
– Perhaps too many originals – you’ll never get around to them! 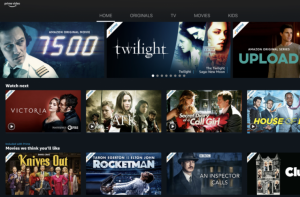 Amazon is one of the biggest companies in the world today – if not, the biggest. So, it was no surprise they came out with their own streaming service and were in fact, one of the first. And best of all, the subscription comes as part of Amazon Prime in a package deal that includes next day deliveries from Amazon, Amazon Music and Amazon Prime Video. Your £7.99 goes a long way with Amazon. And they have plenty of options to expand your library, with plenty of movies to buy or rent, and channels to add to your subscription for a small fee each month.

However, the user interface hasn’t changed much in the last few years, and it’s not as easy to navigate as Netflix. They recently created their ‘Profiles’ feature much like Netflix and Disney+ which users have long awaited, but it still feels like there is something off about the interface.

And with its mix of paid and free content, it’s easy to become disappointed as you’re flicking through only to find your favourite movie but oh… It’s £8.99 to buy. Typical. The page feels lightly overcrowded, with no real definition to their sectioning. And personally, I find it slightly frustrating that every season of a TV show is added separately…

Cons:
– User interface isn’t as easy to use
– Feels cluttered, unclear
– Not all content is free

The arrival of Disney+ was a very welcome one for many fans of the classics – Lion King, The Little Mermaid, Snow White… so many films became available for £7.99 a month. And not just the classic Disney movies, but Star Wars, Marvel sagas, even The Simpsons became completely available. Some of the biggest franchises were suddenly everywhere, and just in time for the world to shut down too… 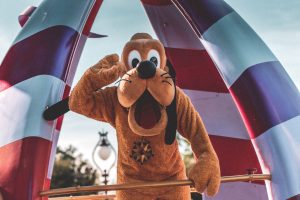 Disney+’s UI is relatively simple, with watchlist features, buttons for specific channels and easy enough to navigate groups. What Disney seem to be good at, is pandering to the online masses, which they did most recently by adding Star content to the platform. Favourite TV shows like Grey’s Anatomy, The X Files and Modern Family were added along with a whole host of movies like Avatar, Kingsman and Independence Day. The content became broader, and suddenly the internet’s favourite shows were available in one place, with their beloved Disney movies.And to top it all off, Disney+ added a “group party” feature, so people can invite other Disney+ subscribers and users to watch at the same time as them, connecting friends and family through quarantines and lockdowns.

Quite a dip in subscribers as we jump onto Hulu, although they did gain quite a large number when they lowered their price of Basic Hulu to $5.99 in 2019. Hulu is a different kind of streaming provider to most, in that it actually has stuck to being a Cable TV re-watch platform. Episodes of TV shows still airing on television are made available to watch on Hulu the day after.

Perhaps the biggest downside to Hulu, is that it’s only available in the US. While you can get around this with VPNs, it’s a pain to those who would prefer to stream on a TV or game console. It would also seem that one of the biggest USPs for a streaming service – original and exclusive content – is available on Hulu. Except, it’s not exclusive…

Some of Hulu’s original content is also available on Disney+, and crosses over into other platforms too. Surely this undermines the point of original content? Perhaps it’s no wonder its counterpart, Disney+, is doing far better in subscriber count.

Pros:
– Catch up TV of plenty of TV shows
– Content from huge networks 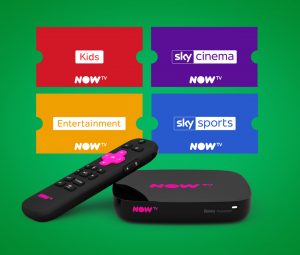 Another big dip in numbers, but once again Now TV is only available in the UK & Ireland, Germany and Italy. Compared to other streaming services, Now TV operate a little differently to others. They use four passes: Movies, Entertainment, Kids and Sport. Each come at a monthly price, with options to stream content or to watch specific channels live.

You can create bundles out of these passes, but one of the general ideas from customers is that there are too many passes with too little content for the price they are paying – especially when they have giants like Netflix to compete with. And it seems that far too many customers are having payment issues too, when looking through the reviews.

Some are being over charged, some are being told they’ve paid when they haven’t, and there is no one to contact about it! The customer support seems lacking, if the comments are anything to go by.

Cons:
– Not enough content for the price
– Payment issues
– Confusing interface
– Episodes of TV shows do not continue to play after one episode
– Only available in select countries

So, there are some of the biggest names in the business that most people have heard of, laid bare and reviewed based on how they operate. To me, it’s clear why services like Netflix and Amazon Prime Video are at the top of their game.

But of course, new channels and production companies are bringing out their own brand new services all the time – Paramount recently unveiled their collaboration with Viacom CBS to merge CBS All Access and create Paramount+. And I’m sure many more will soon follow…

The Top LoRaWAN Announcements To Impact IoT In 2021

The IoT at work

Given its ubiquity in our home and social lives, it comes as little surprise that…