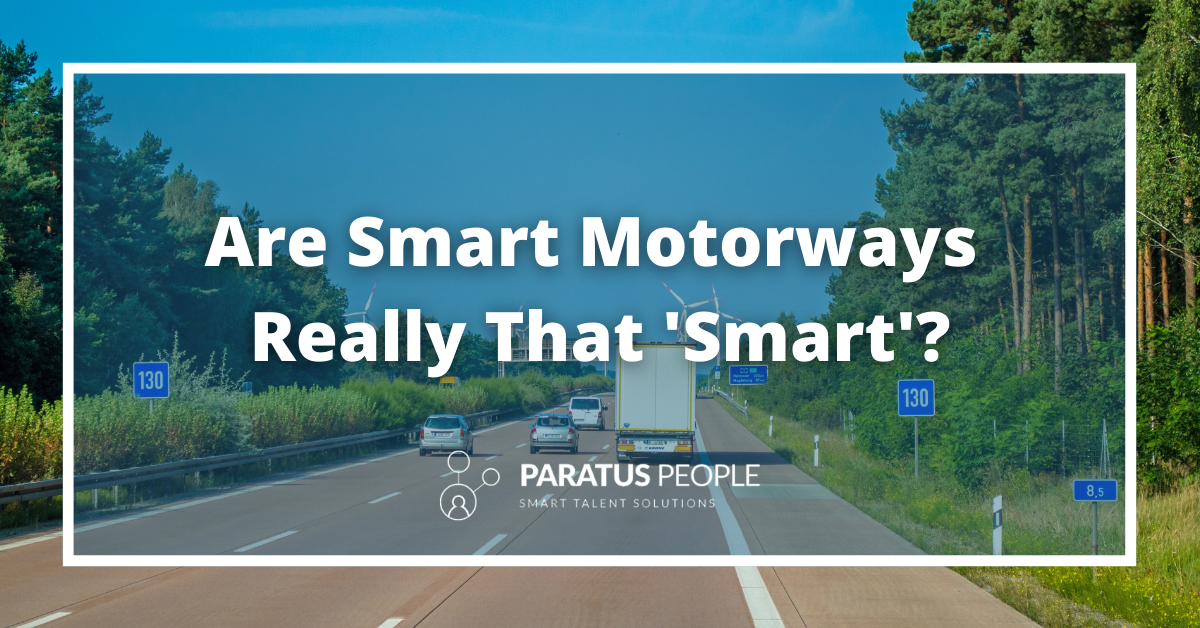 Technology has deployed groundbreaking solutions to a multitude of cases and industries. In line with Smarter Cars, a developing strand of Technology-enabled solutions is in Smart Motorway deployment.

Established to combat the ongoing, impactful issue of congestion and its environmental harm, Smart Motorways are segmented to traditional systems through their use of the hard shoulder as an additional lane and updated Technology to monitor traffic flow.

However, since the expansion of these Motorway variations, areas of concern have been alerted regarding just how safe Smart Motorways are.

A recent BBC Panorama Investigation reported 38 people have been killed on smart motorways in the past five years. A substantial figure due to Smart Motorways currently only taking up a short stretch of UK roads.

Likewise, claims have been heavily put forward, challenging Smart Motorway safety in alignment with an increase in accidents, with issues for the government to rethink these road lengths as a ‘safer’ alternative.

What is a Smart Motorway?

Notoriously, traffic congestion has accounted for a staggering £2 billion per year to increase in line with traffic growth in the coming years.

Now, primarily deployed across the UK, Smart Motorways have taken up traction across the globe to mitigate congestion and traffic control while keeping the motorway journey as safe as possible.

Introduced in 2006, the first Smart Motorway was developed as part of the long-term national scheme to improve traffic congestion, capacity, and journey reliability.

There are three major types of classified Smart Motorway spanning the UK:

All lanes are opened continuously; only in the event of an incident will the hard shoulder be closed. The gantries will display the active speed limits and closed lanes etc.

The hard shoulder will only remain open in the event of high traffic to keep the flow. A red X will appear on the gantries to alert drivers of the closed lane.

The hard shoulder will remain closed, and three or more lanes will maintain opening with variable speed limits.

How do Smart Motorways work?

The key to the smooth running of Smart Motorways relies on the use of Technology to mitigate the traffic and reduce the risk of accidents.

A range of Technology has been deployed across Smart Motorways to automate speed signs, traffic flow, and monitor car speed.

Vehicle detection equipment via a series of Sensors and cameras line the length of a Smart Motorway to monitor traffic conditions and automate active speed signs shown on the overhead gantries that will alter lane openings/closures depending on the state of traffic.

What Technologies are used in Smart Motorways?

CCTV cameras will detect when a vehicle has extended the allocated speed limit- even in times when the variable speed limits are not in place, these cameras will issue fines for speeding.

Research has displayed that, on average, camera operators take 17 minutes to detect a broken-down vehicle or road incident. This delayed response is a cause for concern about safety on a Smart Motorway as the risk for an incident increases in the time it takes to update road conditions on the gantries and assistance.

Motorway Incident Detection and Automatic Signaling Sensors are fitted onto the Road. These sensors are also deployed on regular Motorways; however, deployment of the newest versions are integrated into Smart Motorways.

Through inductive loops, these embedded sensors are functionalised to alert traffic flow data and monitor vehicle speeds. This data is used to set the active speed limits.

Though Smart Motorways make use of established Technologies to monitor traffic, solutions to improve reliability and safety for motorists are still a paramount interest.

Fibre Optic sensors have gained traction in recent times to deliver real-time data in all areas of the Smart Motorway that will increase efficiency and productivity in addressing incidents, lane closures, and traffic changes.

By detecting the acoustic signature of vehicles, Fibre Optic cables can monitor critical components that determine how the traffic conditions are looking.

Ready for future deployment, Fibre Optic cables have the capability to rely on 5G technology to alert road users of upcoming traffic changes, etc. Which, in the long-term, has much better accuracy to prevent accidents on these busy roads.

As this Technology advances, drivers can be alerted of real-time traffic updates on their car dashboards to significantly improve safety and responsiveness on the roads.

It is no question that Smart Motorways are in their infancy as an accurate and safe solution to traffic monitoring. As we expand Smart Motorways, more advanced IoT technology needs to be deployed to assist a safer route for motorists and keep real-time updates of traffic up to speed with the demand. For now, it is clear Smart Motorways need time to evolve as a beneficial system for wider deployment.

The use of voice assistants and chatbots in healthcare

According to Emarketer, the number of smart speakers in the UK is projected to grow…