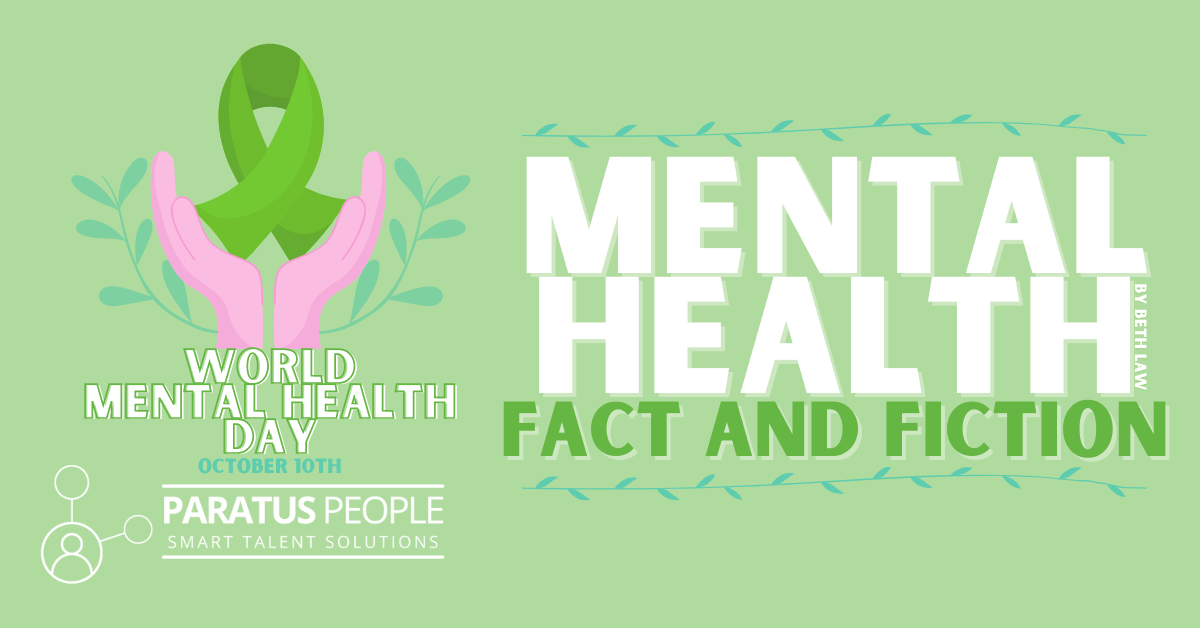 In honour of World Mental Health Day, our very own Beth Law from our marketing department shares her thoughts and experiences, and a little advice surrounding Mental Health.

In an academic sense, I am in no way qualified to discuss the inner workings of mental health. However, in my short 25 years on this planet, I have seen and been through enough to last me a lifetime. I used to think I was jinxed or perhaps cursed, but it turns out that life really is just that unexpected.

Since I was perhaps 6 years old, my life has been far from normal and at times, far from happy. It’s caused a ripple effect that followed me into my teen years and later, into my adult life. I would still say my life isn’t quite normal, but the more I grow into the role of an adult woman, the better I learn to cope with the life I’ve been handed, and the more I strive to build on it with my own hard work and successes.

I’ve seen depression from both sides; as an onlooker, watching people I love hit rock bottom and as a victim of it myself. I lost my father to depression when I was just 6 years old, and almost myself a few times since the age of 15. With the ups and downs of those last ten years, I believe that I have learned more about myself and people who struggle with a mental health issue than I ever could have without having experienced it. Trauma does funny things to different people, but it’s given me an abundance of empathy and understanding towards other people that I could not be more grateful for.

So when I set out to give anybody ‘advice’ to spot warning signs or to debunk people’s stigmas and misconceptions, I speak from my own experience seeing countless friends and family members struggle but also knowing how depression affected me and still does today. So I’d like to take you through some of the things I have heard over the years regarding mental health, and why a lot of them are still absolute rubbish.

Correct me if I’m wrong, but I think I’m proving that wrong right now, as you read this. This just simply isn’t true for every sufferer. Of course, there are some situations where people either need an extended amount of time off sick, or indeed cannot work due to a severe case of perhaps depression, anxiety, schizophrenia, multiple personality disorder and other mental illness. Hell, even I’ve had to be signed off from work a couple of times in my late teens/early twenties.

The majority of us who do work get the odd bad day, of course. But the key to handling that also lies with your colleagues and managers. Being able to take a sick day for mental health, or being given an allowance for arriving late after a bad night of panic attacks should, in my opinion, just be the norm. That little bit of understanding and kindness can really make someone feel seen, and ease some of that anxiety that we feel when mental health becomes the topic of conversation.

I resent this statement. I’ve been told I’m lazy too many times by ignorant people who could never understand why it takes a few hours for me to drag myself out of bed on some days. There is a staggeringly large difference between being lazy, and being completely devoid of energy. Having any kind of mental health condition is exhausting, and they don’t tell you that. One bad panic attack can write off the rest of the day, and possibly some of the following day if I’m really unlucky. One particularly bad panic attack left me in physical pain and exhausted for several days; my muscles were sore from how they had locked as I was shaking, my chest hurt from the rapid breaths I couldn’t control and my jaw ached from having it clenched for so long.

Laziness is not a symptom of mental health, it’s an after-effect if anything. Can you imagine being constantly at war with your own brain? You would be tired too.

If you truly believe this, then I envy you. It means your inner circle of friends or family are lucky enough to live without those struggles, or you live with your head in a fishbowl, naive to those around you. according to mind.org.uk, at least 1 in 4 people a year experience a mental health issue; with a population of 67 million, that’s 16.8 million people who will suffer in one year alone. That is a staggering amount of people.

And mental health doesn’t just encapsulate people with anxiety and depression. It includes post-traumatic stress disorder (PTSD), bipolar disorder, multiple personality disorder, schizophrenia, attention deficit hyperactivity disorder (ADHD) and so many more… It is statistically highly unlikely for you to not know a single person who is struggling with something – they may just be suffering in silence. 1 in 4, remember…

People should just go to therapy

Well, that sounds great, doesn’t it? Except it doesn’t work for everyone. It isn’t the be-all and end-all to mental health, and therapy isn’t going to do much for a condition like schizophrenia or bipolar where it is just how the brain works. It can help you cope with those symptoms and create a way of living alongside your illness, but there is no cure for it. Therapy for a lot of people will help you manage it, and for a minority, it won’t work at all.

The same can be said for medication. There are probably hundreds of different medications that can be prescribed for different conditions, but once again they are not a cure and should not be relied upon to ‘fix’ someone. Personally, I take anti-depressants daily and have done for a lot of my adult life. No matter the dosage, I still have my trauma, I still have depression and I still get anxiety – it’s simply more manageable. Without it, I’m not sure where I would be, but it’s not a quick fix, and it’s not a lifetime solution.

People are just miserable or weird

If I had £1 for every time someone had told me to ‘cheer up’, I wouldn’t be writing this blog at all – I would probably be in the Maldives. I wish it were that simple, that I could blame it on a personality trait I need to work on but being miserable and being depressed are such incredibly different things. And there is nothing weird about people who suffer. Mental health issues are so common, that it’s not out of the ordinary at all and it’s okay to struggle. The stigma that surrounds it only makes that burden heavier on people, forcing them to live as if there’s nothing wrong which is only more detrimental.

The battle against mental health is one that is better fought with the support of those around you, both in personal and professional lives. Below are a few things you might be able to do in your life that could make a difference to someone who is struggling, or indeed, just having a bad day.

Check in on people

A simple ‘how are things going?” can go a long way. You can better understand a person’s needs, and they can feel like they have someone to lean on for some support should they need it. But be cautious; asking people if they are okay every hour of every day can be even worse. If they don’t want to talk, don’t force them. They just need to know they can if they want to.

If someone turns up to work late or has to cancel on a social event due to their mental health, remember it isn’t their fault. They need to look after themselves, to recharge, to take things slower if it’s getting too much. Forcing them to do ‘better’ or getting angry at them for it will cause a feeling of guilt that will add to their burdens. Don’t be that person, no matter how frustrating it might be for you. I promise it’s worse for them.

If someone in your life or work is diagnosed with a mental health illness or disorder, read up on it. Find out how you can help, what you can do to support them. Understand how it works, what someone goes through, what their condition is and how it affects them. Understanding can also help you to tolerate someone else’s erratic behaviour more and therefore save arguments and more heartache.

Don’t force someone to get help

Some people will go through a phase of denial, or decide they can work on something alone. If that’s the case, do not force someone to get help, do not give them ultimatums. If you are concerned for their own safety or for the safety of those around them, you can get them the help they need through the Mental Health Act in the form of hospital admission. However, if it isn’t at that point, I would suggest encouragement. Ask why they might not want the help, explain the avenues they could take, explain you are worried because they seem to be down, stressed or acting erratically. Be gentle, and be understanding.

It should go without saying, but kindness goes a long way. There is no reason for anybody to be unkind to anybody else, of course, and it’s a rule that applies to life in general, not just when someone is suffering. But random acts of kindness can make a person’s day completely flip from the worst day they’ve had in months, to a day they remember for that one act. Some people, in their darkest moments, even pray for someone to show them a random bit of kindness – they tell themselves if someone is kind, then perhaps it’s worth sticking around after all, because not all of humanity is so terrible.

If you took the time t read through this, then I thank you. One of the many things I try to do with my experiences is to be open and honest enough about them that other’s might learn something. If you are like me, and you are struggling, there are resources out there for you to find comfort and help. And please, remember that nothing is ever worth your life.

Resources:
Online counselling at your convenience

6 sectors about to require more experts in IoT

The Internet of Things (IoT) is swiftly becoming part-and-parcel of our lives – soon, everything…

How IoT will change the world: Retail

As society continues its evolutionary journey towards a digital future, the consumer experience is ever-more…