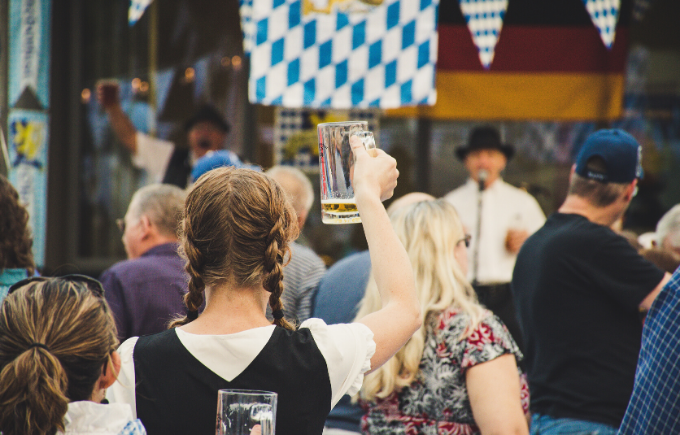 Oktoberfest is one of the biggest events on the German calendar. The city of Munich alone sees some 6 million visitors flock to the area to enjoy the atmosphere, food and, most importantly, beer. Interestingly, the event’s organisers have recently turned to the Internet of Things (IoT) to keep the beer flowing, food hot and revellers happy. So, here’s exactly how the IoT is improving Oktoberfest.

Oktoberfest isn’t a party without ice-cold beer. Almost 8 million litres are drunk every year at Oktoberfest and the IoT ensures that it flows at the right temperature (under 2 degrees Celsius) and is perfectly carbonated. Temperature is vital in beer production, not just for the taste and quality but also to reach the optimum length of pour. If it’s too warm, the beer takes a lot longer to serve, which increases waiting times for thirsty customers. Three major beer tents, including the famous Paulaner Festzelt, are run through the IoT.

As well as ensuring the beer is at the right temperature, the IoT also helps to refill tanks more quickly. It used to take around seven hours for three beer tanks to be filled, but this has been reduced to little more than 90 minutes. Of course, this also means more beer can be drunk in less time, which increases the revenue of the beer tent.

Of course, nothing goes better with an ice cold beer than a fresh bratwurst – and the IoT can help to deliver this too. In fact, the IoT is being used to reduce the risk of food poisoning by monitoring the temperature of food storage areas and of cooked food. It can also monitor the entire food supply chain, to make it more transparent and ensure that all food safety regulations are followed.

With millions of revellers, certain areas at the event can get rather crowded. By collecting data through on-site sensors and cameras, organisers can quickly understand the flow of people through the site and prevent bottlenecks forming. Popular areas (like the beer tents) can be proactively managed with more security and assistance, to reduce queues and direct visitors to quieter areas.

Self-service beer dispensers, operated via pre-paid NFC cards, can also shorten waiting times. Customers can simply buy their pre-paid card from a sales outlet and help themselves from a simple beer tap – with pouring times shortened to less than a minute. This also increases customer satisfaction and the likelihood of them returning for another pint.

This also helps organisers to plan for upcoming Oktoberfests. Usage data from previous events is used by Vodafone and others to plan future fibre infrastructure including the location of cell sites and capacity needed.

With many use cases and benefits, it’s safe to say that the IoT will be a constant visitor at Oktoberfest. As the technology becomes more advanced and organisers use its data in greater ways, expect to see more tools emerge across the event. It’s likely to become as commonplace as a Stein.

Paratus People are specialists in finding the experts needed to find creative IoT solutions to every day projects. Get in touch with us to find out more.

Can the IoT help the climate crisis?

Climate “change” has now become a climate “crisis” and without swift action, it’ll soon be…

We’re into the final week of Black History Month. This week we’ll be recognising just…